The SSO Sri Lanka group has been established in response to the specific needs of stroke survivors and their families; enabling the group to establish a clear vision and objectives. 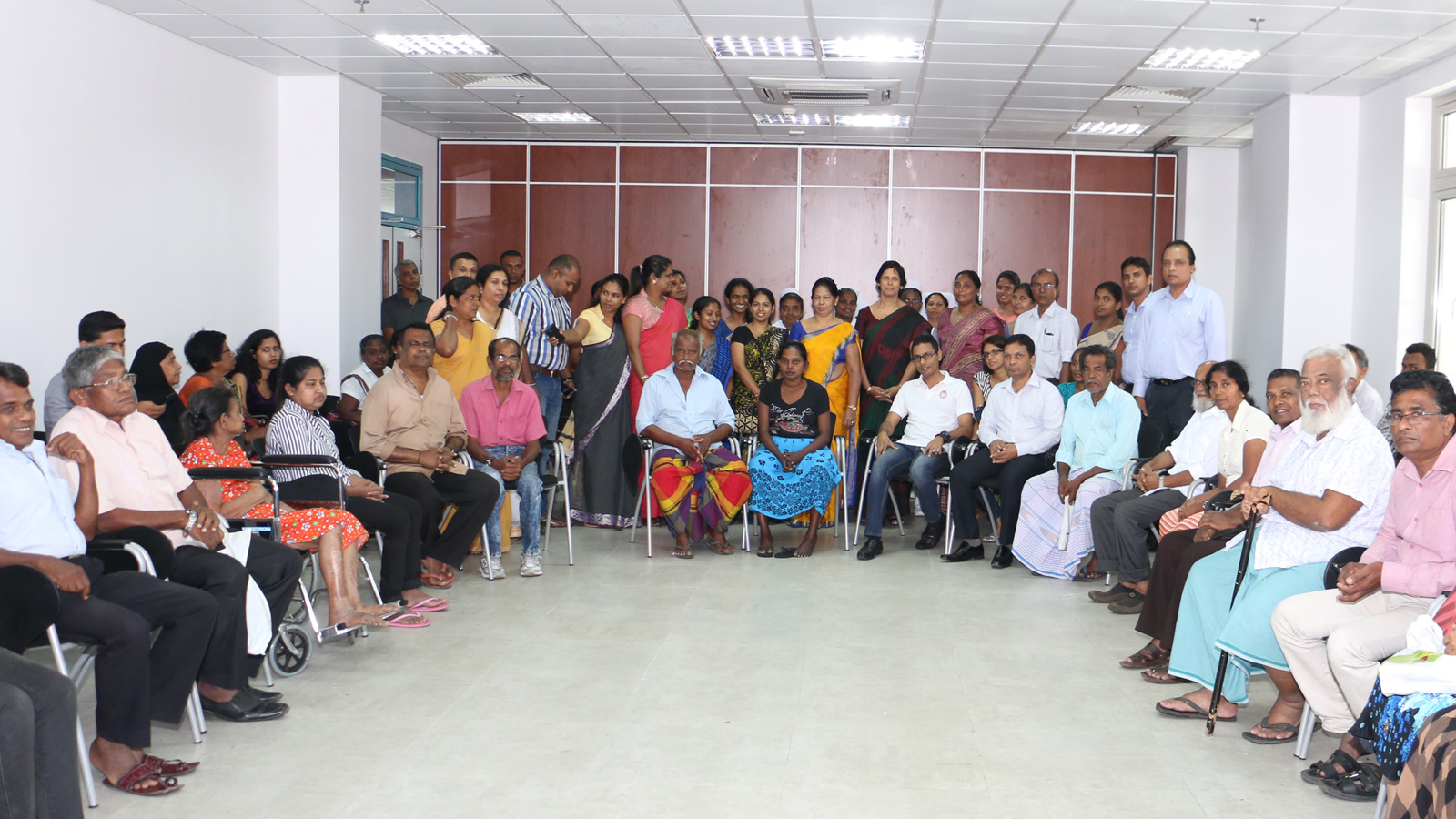 Dr Padma Gunaratne, Senior Consultant Neurologist at the National Hospital of Sri Lanka, is using her insights from working with stroke survivors and their families, as well as those gained from other countries at international conferences of the WSO. Dr Padma found committed people who could help her develop the response to the needs of stroke survivors and their families; recognizing that she could not work alone. The group has been established informally initially, with the meaningful participation of members. This has meant that the group already has momentum and an identity, which is helping in its formal registration process.

There has been an increase in stroke incidence in Sri Lanka since 1990 (Global Burden of Disease 2010) and stroke is the second leading cause of death (WHO 2012). The Sri Lanka Stroke Clinical Registry project; a collaboration with the Ministry of Health and sponsored jointly by the World Federation of Neurology and WSO, found that more than one third of strokes in Sri Lanka are experienced by people less than 60 years old. In recent years, there has been a remarkable improvement in the interests and attitudes of all stakeholders responsible for stroke care in Sri Lanka. This in part can be attributed to the activities of nongovernmental organizations such as the National Stroke Association of Sri Lanka. Despite this, stroke services are poorly organized, stroke units are scarce and rehabilitation services are meagre. There is a severe shortage of allied health assistants for rehabilitation which results in overcrowding of rehabilitation centres.

Dr. Padma mobilized a team of professionals to organize the group at the National Hospital. This location has meant that stroke survivors can be referred straight away to the group, the group has access to a meeting space with no cost and it is easier to encourage the team of doctors, nurses, therapists, social services officers and counsellors to engage with the group due to its proximity to the hospital. On 28th January 2017, the first stroke support meeting was held, 26 stroke survivors attended and the group was established.

At this first meeting the participants registered as members. The membership structure seeks to promote ownership of the group by stroke survivors and caregivers, rather than by professionals. The objectives of the group were agreed by all participants, in the three languages of Sri Lanka: Sinhala; Tamil and English. The group is fostering an inclusive culture. It is mixed gender and members have both speech and motor disabilities. A number of professionals showed their commitment to the group. The Deputy Director General of the National Hospital, Dr. Jasinghe, talked about the advantages of setting up stroke support groups in every main hospital. The President of the National Stroke Association of Sri Lanka, Dr. Riffsy, highlighted the importance of sustaining this activity in the future. These endorsements give extra visibility to the group and could potentially open up opportunities; such as training and support in fundraising. Mr. Bandara, of the Social Services Department, gave a helpful explanation of the role the department can play in providing financial support and assistance devices for stroke survivors. This showed an understanding of some of the difficulties that stroke survivors face, and that practical information and guidance from government departments is vital. There was time for stroke survivors and caregivers to share their experiences. Many were worried about the abilities that they have lost, and their dreams about returning to their previous lifestyle. A question-andanswer session included questions about the length of rehabilitation treatment and living with epilepsy. The combination of practical and emotional support, and the opportunity for stroke survivors to share their experiences with others who can empathize, has been shown in many countries to have a positive impact on rehabilitation and recovery.

The greatest challenge now is to develop the governance structure of the wider organization, to identify a president and to register as a non-governmental organization. Dr. Padma and her team are in the process of finalizing the constitution needed for registration of the organization and the WSO has sent a letter of support to help with the registration process.

An ongoing challenge will be to ensure that the group can meet the many concerns that patients have aired. These include difficulties in coping with activities of daily living such as travelling by public transport and navigating public places. The public are poorly sensitized to stroke survivors’ disabilities in Sri Lanka and it is envisaged that stroke support groups will be in the best position to take up these issues with the relevant government bodies.

Buddhists are taught to listen to Dhamma sermons; to learn, remember and to practice them. In Sri Lanka, stroke support groups can help people to practice Dhamma, demonstrating altruism, generosity and humanity. Dr. Arosha Siriwardana feels confident that the stroke support groups will be cherished by Sri Lankans in future. The vision is to establish more groups across Sri Lanka to ensure that all stroke survivors and families, no matter where they live, have their right to be supported in their recovery realised.