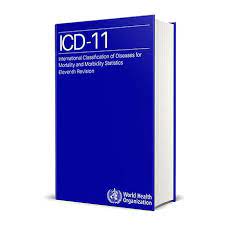 We would like to draw your attention that the ICD-11 is now officially in effect as from the turn of the year. The ICD-11 was the result of a massive amount of work that lasted for more than 10 years, reflecting the major progress in medicine that has taken place. The final version of the ICD-11 was approved at the 72nd meeting of the World Health Assembly in 2019, and with a decision that the ICD-11 could start to be used in 2022. Whereas WHO recommends the use of the most current version of ICD for recording and reporting mortality and morbidity statistics both nationally and internationally, each country decides when to start using ICD-11 in their own country, as the transition requires quite substantial changes in many parts of the medical administrative systems. 35 countries are currently using ICD-11. There is a detailed manual on what codes in the ICD-11 correspond to in the ICD-10 and earlier ICD versions.

The “Cerebrovascular diseases” segment was one area of the ICD that changed in several important ways from ICD-10 to ICD-11. These are the main changes:

1 In ICD-11, there is a single block of ”Cerebrovascular Diseases” (rather than different entities being spread across different chapters in the ICD-10)

4 ICD-11 includes definitions of all diagnostic codes (including definition of stroke).  Stroke is defined as intracerebral haaemorrhage, subarachnoid hemorrhage, cerebral ischaemic stroke, and stroke not known if ischaemic or haemorrhagic. The ”stroke” definition requires presence of acute neurological dysfunction.

Some advantages with the ICD-11 are:

For stroke and cerebrovascular diseases, the ICD-11 represents a major step forward in recognizing stroke as a major disease on its own and not a subheading, and placing stroke under Diseases of the Nervous System. The stroke community will benefit from these changes.