Bhutan is a developing nation, nestled in the eastern Himalayas with a projected population of 741,672 in 2019 (1). The land consists mostly of steep and high mountains crisscrossed by a network of swift rivers. The Royal Government of Bhutan has provided free health care since the advent of modern healthcare services in the early 1960s, which includes both primary and tertiary care. Patients requiring advanced medical care are referred to India with the Government paying for the treatment. It has made remarkable progress in improving the health and quality of life of its population in recent decades, achieving almost all of its millennium development goals. Since then, there has been a significant increase in life-expectancy; from 32.4 years in the 1960s to 70.2 years in 2015 (1). 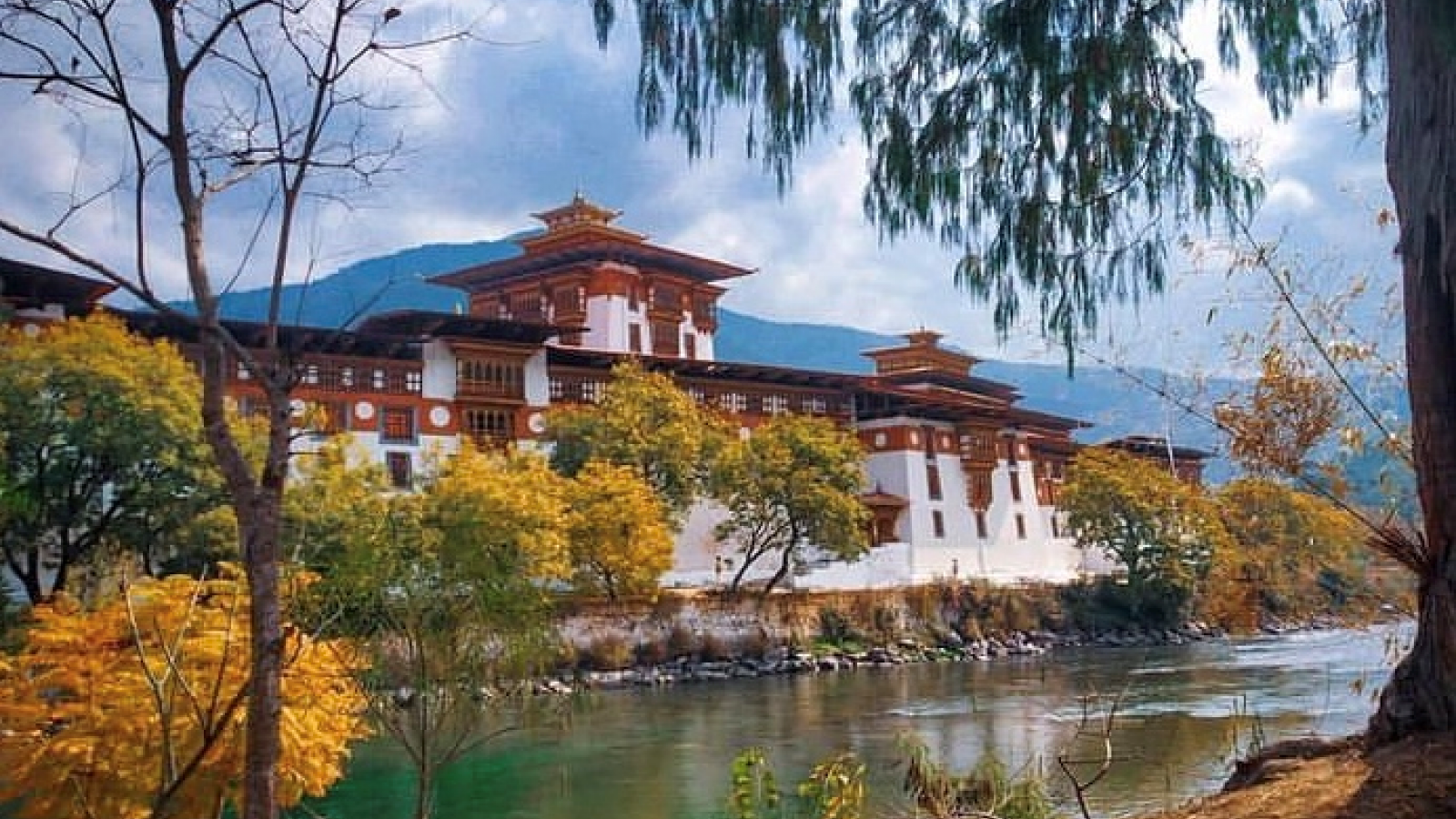 In line with this new aging population, recent years have seen an increase in non-communicable diseases, such as cancer and stroke. This will have major impact on socio-economic development and the family members of stroke survivors with disability. Bhutan does not yet have dedicated stroke care services, thus, there is an urgent need for neurologists and stroke specialists.

“We do not have specialist stroke services in our hospitals. The majority of stroke patients are flown in by free helicopter ambulances and cared for by the Internal medicine team at Bhutan’s national referral centre, Jigme Dorji Wangchuck National Referral Hospital (JDWNRH).” says Dr. Yangchen. However, hardly any stroke patients receive intravenous thrombolytic therapy and advanced neuro-interventional care, and the logistics of referring eligible stroke patients to stroke centres in India within the twenty four hour window period is formidable. “The reason for this is a lack of trained stroke specialists and teams at the hospitals, and a delay in patients coming to the hospital.” explained Dr. Yangchen.

In light of this, the Bhutanese government is actively supporting physicians interested in stroke to be trained in stroke management. “I was fortunate to have received a short intensive training in stroke care and neurosonology, at the National University Hospital, Singapore.” says Dr. Yangchen.  The team have since carried out Bhutan’s first stroke study at hospital level, aiming to create a stroke registry in order to better understand incidence of stroke and the characteristics of stroke patients, specifically at JDWNRH.

Dr. Yangchen and the team identified a total of 637 patients admitted to JDWNRH with stroke confirmed on CT brain scan (haemorrhagic n= 241 and ischaemic n=396) in the time period from 1st January 2011 to 31st December 2015. Just over half (322) of these confirmed stroke patients were referred from other districts to JDWNRH for care.

Common risk factors were Hypertension (57%) and Diabetes Mellitus (17.7%). Smoking and substance abuse was present in <0.5% of cases. 52.9% of patients had more than one risk factor, but 26% had no obvious risk factors at all. 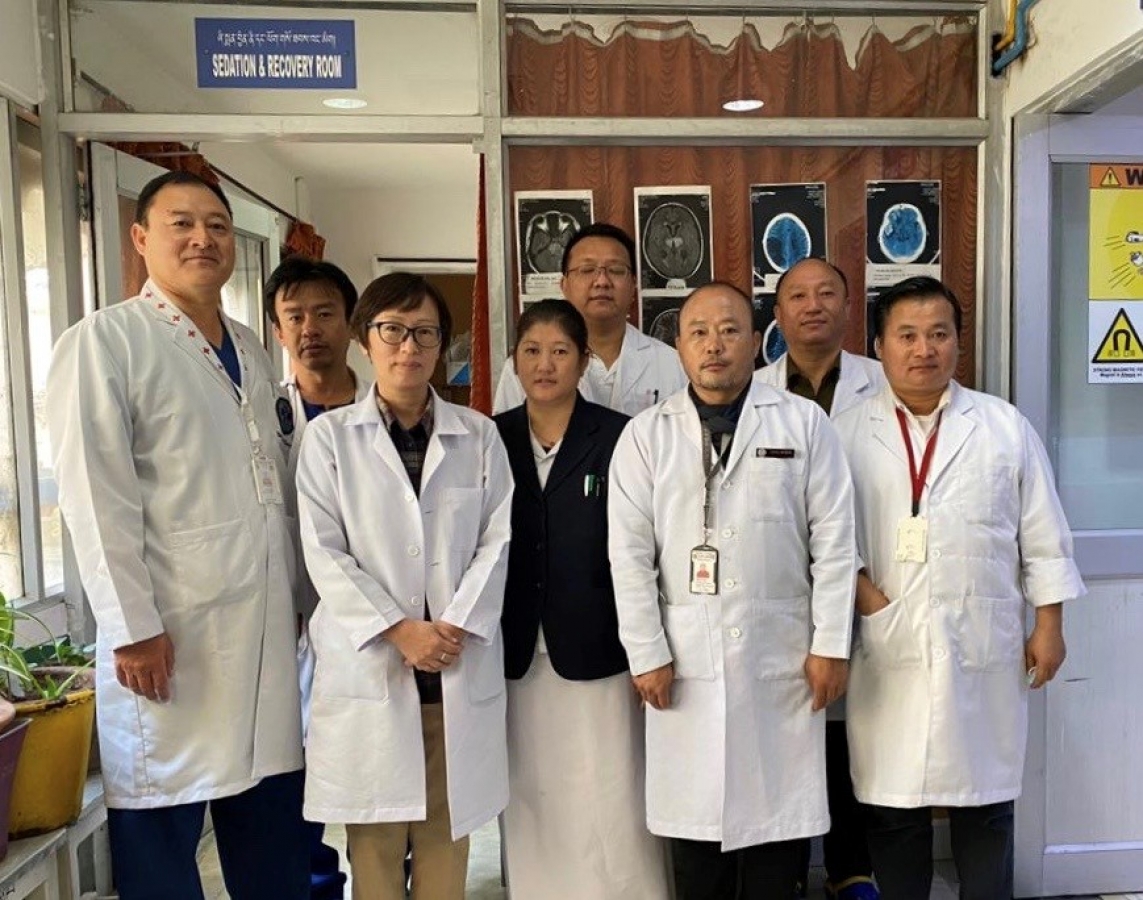 “Looking at demographics of our stroke patients allowed us to identify common characteristics of stroke patients in Bhutan and gain an idea of what our statistics look like in comparison to nearby regions” explained Dr. Yangchen, "For example, we saw that our mean age of stroke was higher than in our neighbouring countries (2). We were also able to estimate that our age-adjusted annual incidence rate of stroke is 23 in 100,000, which is also much lower than our neighbouring Asian countries (3)" explained Dr. Yangchen. However, she cautions that the low figures in morbidity could be due to the study being limited to only one hospital in the country and data from other hospitals and the community had not been included.

In June 2020, Dr. Yangchen and team were selected as key persons to work with the Ministry of Health and WHO to develop Bhutan’s first stroke registry. “We have already had coordination meetings with district hospitals to put in a stroke referral system, identify stroke units in the hospital and train HR to improve stroke care at JDWNRH and other regional referral centres”, said Dr. Yangchen, “these actions are key steps in developing specialist stroke facilitates in Bhutan and ensuring good outcomes for our increasing number of stroke patients.”

As of December 2020, the team has been collaborating with the Neurology Department at Christian Medical College, Ludhiana, India and has conducted numerous trainings for staff in the district hospitals and started data collection to develop Bhutan’s first stroke registry. Stroke protocols have been developed and staff of the regional referral centres equipped with CT scans have been trained to use intravenous thrombolytic for eligible ischemic stroke patients.

The team hopes to increase the number of eligible ischemic stroke patients receiving intravenous thrombolytics and, in the future, to have advanced neuro-interventional facilities at the National Referral Hospital.